THE SUPER OLYMPIAN: BLOODHOUND now FREE for a week

Monday, May 18th, begins a week of free copies of my Shapechanger Tales book The Super Olympian: Bloodhound.

This story came to me while I was watching a broadcast of the Summer Olympics. I’ve always been fascinated by female athletes, especially the younger ones in ice skating and gymnastics.

This is not as you might expect because I’m a man who likes to look at fit female bodies. I certainly do. But for some reason the Olympic females don’t turn me on even the tiniest bit. Instead I watch because I wonder: What makes them take up such a horrendously difficult ambition, often when very young? Why do they keep at the painful time-consuming training for many hours every day for many years?

If you know, please tell me!

But as I watched the athletes do near impossible actions I wondered. Suppose one of them died and returned a superhuman able to go far beyond what even Olympic athletes can do. Instead of jumping straight up three feet, what if they could jump THIRTY feet? If instead of running twenty miles an hour what if they could run a HUNDRED?

If accepted to go to the Olympics, would they still go when winning was as easy sitting and watching TV?

Would they take up crime fighting as superheroes so often do in comics and movies based on comics? WHY would they do it? HOW would they begin?

(Click the image to read the first few chapters and to get it.) 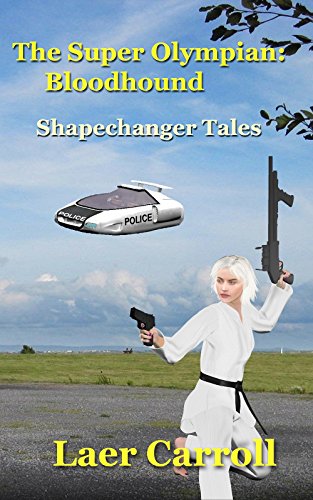