THE SUPER OLYMPIAN: MYSTIC WARRIOR is FREE for a week

On Monday, the 25th, the sequel to The Super Olympian: Bloodhound will be FREE for five days.

She is superhumanly deadly and has esoteric powers. But Olympic gold medalist Sasha Canaro hides that side of herself. She has used her shapechanger powers to turn her prettiness to traffic-stopping beauty and become a high-paid fashion model.

She is also an occasional consultant to police, who call her The Bloodhound. Her job letting her go anywhere almost any time, she also moonlights in places and situations that require her extrahuman powers.

Then she meets billionaire industrialist Anna Prince who may be another immortal shapechanger. Or something even stranger. And the woman has a job for Sasha.

(Click the image to read the first few chapters and to get it.) 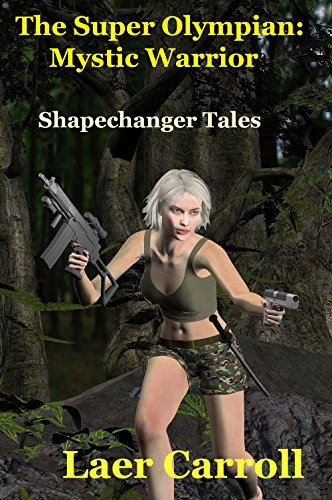