Two decades before the events of The Space Orphan trilogy, another extraordinary character takes the stage on Earth: Karen Danburn. A character inspired by both the characters Supergirl and Wonder Woman, her tale is told in The Star Woman.

Karen knows she’s adopted, and never thought much about that fact. But on her 18th birthday her parents tell her that her birth parents were from a far star. They pass on to her three presents: a tiara, a suit, and a car. From a super-advanced civilization, each has almost magical powers.

Karen learns to use those powers and her wits to help others, first as a Marine Ranger, then as a covert crime fighter and guardian of the helpless everywhere. But duty even for an invincible hero has costs. Is she willing to pay the ones demanded of her? 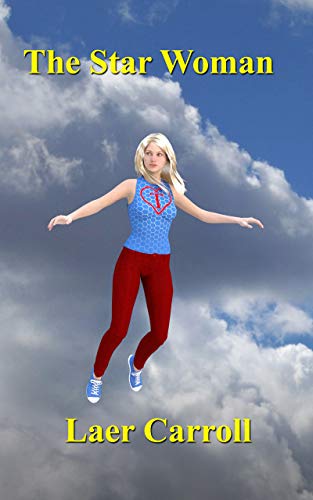 I am an aerospace software and systems engineer recently retired to become a professional writer. My genres include sci fi and fantasy, young adult, and technical books.
View all posts by Laer Carroll →
This entry was posted in Announcement and tagged alien, Captain Marvel, Carol Danvers, Sci fi, science fiction, supergirl, The Eons-Lost Orphan, The Orphan in Near-Space, The Space Orphan series, Voyages of the Orphan, Wonder Woman. Bookmark the permalink.